If your visa has expired and overstayed, you must go into the immigration bureau voluntarily to report and explain your overstay and situation.

If your status is just overstay, without illegal entry, imprisonment and violations of laws, you can leave Japan with no fine, no detention, no charge and only blacklist you for one year (i.e., landing denial period) 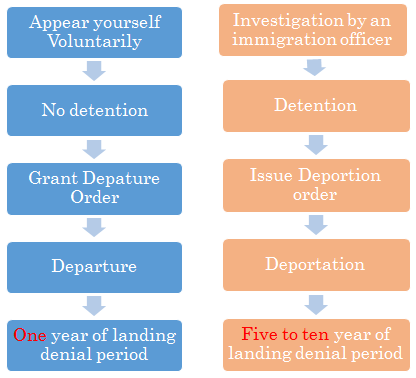 *If you entered into Japan illegally, this departure order system is not applied.

If you want to keep staying in Japan instead of departure and deportation, you can ask
the Minister of Justice to grant special permission to stay.

This special decision may be granted in the following cases:

The special permission to stay is subject to the wide discretion of the Minister of Justice, so everything is case by case. 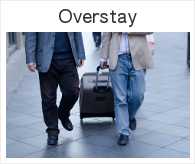